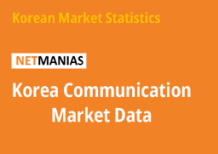 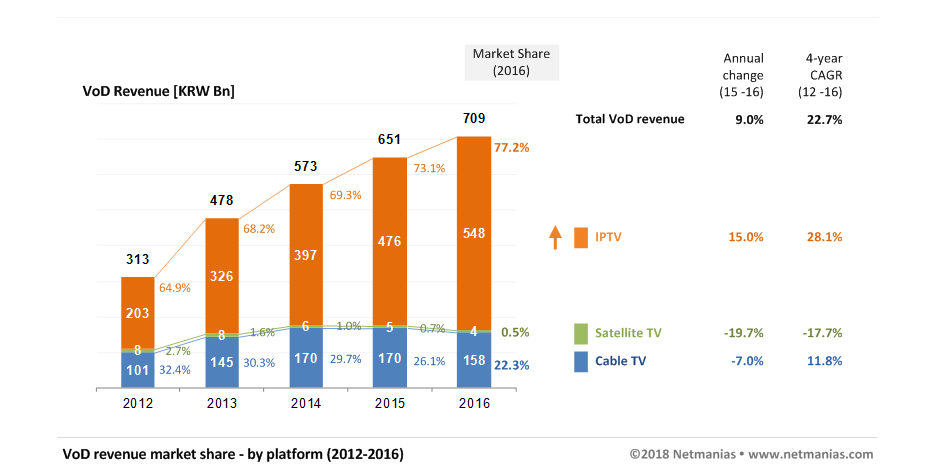 In 2016, IPTV accounted for 77.2% of the combined VoD revenue of all pay TV providers, driving up the growth in VoD market as seen in figure above. Since its launch in 2009, IPTV has focused on VoD service specifically, as an effort to distinguish itself from other platforms. Because it uses IP networks to deliver content, the platform has been known to be best optimized for unicast VoD service. IPTV providers showered subscribers with outstanding content like TV replay, movie, kid-friendly content, and more. And particularly TV replay service contributed the most to their strong performance in attracting new subscribers. 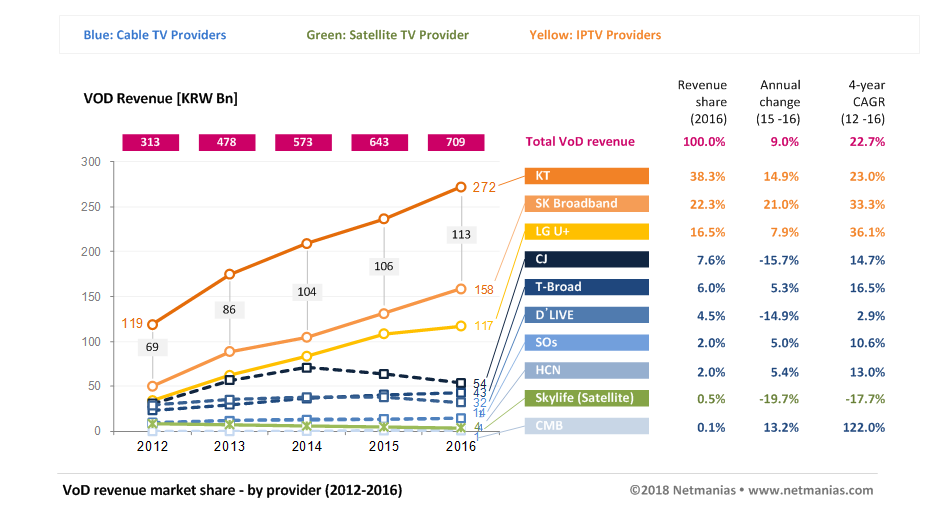 IPTV providers yielded revenues that constituted 77.2% of the total VoD revenue in 2016, taking the lead in VoD market.

Specifically, KT had a massive KRW272bn of VoD revenue, which accounted for 38.3% of the combined VoD revenue of all pay TV providers (KRW709bn).

When combined, the revenue of the two was as high as KT’s, and 1.7 times higher than the combined VoD revenue of all cable TV providers (KRW158bn). The difference between the No. 1 KT and the No. 2 SK Broadband in VoD revenue is getting greater over time. KT has maintained its 30% share of VoD revenue in the last five years.

Send your inquiry to this manufacturer
Your email address:
To:
Message:
Send