Samsung Electronics and Cisco announced today that they have successfully completed a friendly-user trial and series of 5G demonstrations with Orange in Floresti, Cluj, Romania. 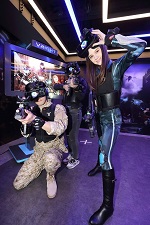 KT, South Korea’s largest telecommunications company, is pioneering new opportunities in the next-generation of virtual reality (VR) with its cutting-edge and innovative technologies.

The Korean telecom leader announced the opening of its second VR theme park VRIGHT (www.vright.com) near the main gate of Konkuk University in eastern Seoul today. The park is a joint partnership with GS Retail Co., a major convenience store chain operator in Asia’s fourth-largest economy.

KT announced on 27th that it will promote 'Open 5G standard' by participating as a board member at the founding general meeting of 'O-RAN (Open Radio Access Network) Alliance' held at Kerry Hotel, Shanghai. 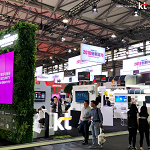 SK Telecom announced on the 28th that it participated as a core member in the global 5G carrier association 'Open Radio Access Network' (ORAN) Alliance.

KT, South Korea’s largest telecommunications company, is spearheading the global effort to commercialize the next generation of wireless connectivity, paving the way for its planned launch of the first nationwide 5G mobile network in March next year.

KT said today that it won the TechXLR8 Awards in the three categories of “Best 5G Core Network Technology,” “Blockchain Innovator of the Year” and “Best IoT Deployment” at this year’s London Tech Week, solidifying its global leadership in the next-generation wireless technology.

3GPP TSG #80 Plenary Meeting has approved the completion of the standalone (SA) Release 15 5G specifications. After the release of the 5G NR specifications for non-standalone (NSA) operation in Dec. 2017, another essential step of standardization of 5G has been successfully completed.

Samsung today announced that it hosts 3GPP RAN WGs’ final meeting to complete the 5G mobile communication standards in Busan from May 21st to 25th. This meeting will finalize the relevant standard technologies for 5G commercialization.

KT prepares to commercialize autonomous vehicles with a 5G platform

KT hosted the inaugural meeting of the '2018 Future Forum' in Seoul last month, and announced the development of the 5GaVP (5G as a Vehicle Platform), a commercial self-driving platform using the innovative 5G technology demonstrated and proven in Pyeongchang.

KT who successfully demonstrated 5G network operation and 5G pilot service at the PyeongChang Olympic Games, held a press conference on May 22 and announced the world's first 5G commercialization in March 2019.

KDDI and Samsung Electronics announced on March 26 that the successful completion of a 5G field trial held in Okinawa Cellular Stadium, a 30,000-person capacity baseball stadium in Japan.

SK Telecom announced today that the company will invest KRW 70 billion (US$ 65 million) in ID Quantique (IDQ), the world’s No.1 quantum-safe cryptography solutions provider based in Switzerland.

SK Telecom to Bring Everything into Realm of 5G

Updated on February 28 - SK Telecom will show what the upcoming future would look like at the 2018 MWC, which lasts four days beginning Feb. 26 in Barcelona, Spain. In the 5G era, everything in the real-world will be digitized and brought into the realm of 5G network. This means the safety and stability of 5G network is vital.

SK Telecom announced today that it will sign an MoU on global expansion of 5G-PON at the MWC 2018 with global telecommunications equipment companies such as Cisco Systems and Nokia. 5G-PON is one of 5G network’s core technologies.