Samsung Electronics today announced the commercial availability of its next generation Baseband Unit (BBU), the CDU50. The new solution was first commercialized in Korea and will be commercially launched in the U.S. and other global markets in the second quarter of this year.

Samsung Electronics today announced that it will provide 4G LTE-Advanced (LTE-A) and 5G radio access networks solutions to Videotron, a Canadian telecommunications operator. This is the first time Samsung is delivering network solutions in Canada. 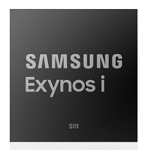 KT announced on May 14th that it celebrated the completion of Rwanda’s 4G LTE network at the Transform Africa Summit 2018, Africa’s largest ICT conference, which was held May 7-10 in the Rwandan capital, Kigali.

Reliance Jio Infocomm and Samsung Electronics announced on February 26th their continued partnership to bring LTE coverage to 99 percent of the Indian population and significantly improve network capacity across the country.

Samsung Electronics America, announced on February 23 it has been selected by Verizon to assist in advancing their 4G LTE Open RAN initiative.

Samsung and KT announced today that the LTE-Railway (LTE-R) network for the new Wonju-Gangneung high-speed train line is now live. The activation represents the world’s first application of LTE-R technology to a high-speed train, with the new line traveling up to 250km/hour.

Samsung Electronics announced on November 24 that the company has been awarded a contract for the supply of smartphones and related accessories by the Home Office for use on the emergency services network (ESN) across the UK.

SK Telecom today announced that it has successfully pioneered a new technology, which will help 5G network equipment to process data traffic 10 times faster than LTE.

SK Telecom today announced that it expanded the coverage of its LTE-A Pro services – providing up to 700 Mbps to 900 Mbps speeds – to 75 cities and 31 counties in Korea.

SK Telecom today announced that it, together with Nokia, has successfully reduced latency between the handset and base station to 2 ms over its LTE network.

Samsung and America Movil have signed and formalized a letter of intent to develop a series of pioneering projects across Latin America. Both companies will develop technologies for the new era of hyper-connectivity and of the IoT in Mexico and elsewhere in the region.

SK Telecom announced on June 5th, that it successfully commercialized five-band Carrier Aggregation (CA) and 4X4 MIMO, which are key technologies of LTE-A Pro, the last stage of LTE evolution.

SK Telecom today announced that its ‘5G mmWave Handover’ and ‘Green Scheduler with Lean Carrier’ have received two awards both in the category of ‘Infrastructure Innovation’ at the GTB Innovation Awards 2017 held in London on May 23.

KT applied a battery-saving technology (C-DRX) in the LTE network, enabling smartphone battery to last up to 45% longer

KT announced on the 12th of April that it has applied a technology called Connected Mode Discontinuous Reception (C-DRX) in the LTE network, and the technology has successfully helped smartphone battery last longer up to by 45%.