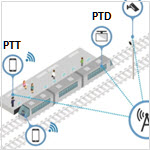 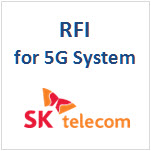 SK Telecom today announced on Febrary 9, 2017 that it, together with Busan Transportation Corporation (BTC), has deployed the world’s first LTE-R, a standard for the next-generation railway communication system, on Busan Subway Line 1.

SK Telecom and Nokia have jointly developed the world’s first “Mission-Critical Push-To-Talk (MCPTT)” solution, which is a next-generation push-to-talk communications technology over VoLTE, and demonstrated the solution at Nokia's Research and Development Center in Kraków, Poland.

KT’s Chairman Chang-Gyu Hwang delivered a special speech last month at Harvard Business School on ‘Power of the Network’, introducing the company’s GiGAtopia (KT’s Forward Looking Strategy) along with details of its network innovation, and highlighting the infinite possibilities that can be brought by the next-generation network.

SK Telecom and Qualcomm announced on the 29th that they have successfully demonstrated enhanced Licensed Assisted Access (eLAA) that utilizes both licensed and unlicensed spectrum at SK Telecom’s Corporate R&D Center in Bundang, Korea.

SK Telecom today announced that together with Nokia, it has successfully implemented the world’s first cloud-based SDRAN (Software-Defined RAN) - also known as Cloud RAN - in a commercial network.

Today at Soldier Field in Chicago, Sprint (NYSE:S) and Samsung Electronics America, Inc. provided a look at what's next for the Sprint LTE Plus Network with the first live U.S. demonstration of three-channel carrier aggregation on Sprint's network. The demonstration reached peak download speeds of more than 230 Mbps running on Samsung's latest network infrastructure technology and hottest new devices including the Samsung Galaxy Note7, Galaxy S7, and Galaxy S7 edge.

SK Telecom plans to prioritize efforts on implementation of Software Defined Network (SDN) and Network Functions Virtualization (NFV) from the second half of the year with the aim of taking the lead in 5G era.

KT has developed OTHAD (Over The Horizon Antenna Distribution) that is based on ‘LTE Time Advanced’ technology and announced that it has succeeded in increasing LTE coverage for seas up to 200km without repeaters.